Imagine you have been invited to a party with about two hundred other guests. Everyone is having a wonderful time, and the party has been going on for a few hours when the host takes the stage.

Imagine you have been invited to a party with about two hundred other guests. Everyone is having a wonderful time, and the party has been going on for a few hours when the host takes the stage. The host announces that unbeknownst to him, two of the guests in the room tested positive for COVID-19 but he does not know their identity. What do you think happens next? We will return to the possible answers shortly.

At the height of the Egyptian empire thousands of years ago, one disease held the greatest terror – leprosy. Those infected were heavily disfigured, ostracized, stigmatized, and would certainly not have been invited willingly to a large party gathering. In contrast, the diagnosis of leprosy led to a lifetime of suffering and isolation.

Thousands of years later, Gerhard-Henrik Armauer Hansen in 1873 identified the cause of leprosy – Mycobacterium leprae but his experiments were unethical, and he was found guilty of professional misconduct and was himself ostracized. So, both the discoverer of the origin of the disease and the patients were both stigmatized and ostracized. For most, the stigmatization of having leprosy was far worse than the disease.

In December 2019, in Wuhan, Hubei, China a virus called COVID-19 was identified, and at the time of writing, 33 million people around the world have been infected. COVID-19 can lead to an acute respiratory disease characterized by high temperature, cough, difficulty breathing, and multiorgan failure caused presumably by an autoimmune chemokine storm in which the body’s immune system attacks itself. The scientists that announced the start of the COVID-19 infection too were ostracized, imprisoned, or died from exposure. Countries banned travel to ostracize infected individuals to stop the disease from spreading. The very same methods to prevent the spread of leprosy have been deployed against COVID-19 including social isolation, distancing, and the wearing of gloves and masks. Worryingly, COVID-19 is, arguably, more contagious than leprosy, and it is mutating rapidly to be even more contagious. All these approaches, whilst logical, have led to a psychological revival of the inhumane consequences of the disease.

With respect to leprosy, a disease that was identified in 1873, it took more than 100 years (in 1975) for the USA to actually disband its policies on social isolation for those that are infected. Would we be willing to accept such a policy for COVID-19 to be left in place until the year 2121?

Now back to the party. Is it not likely that most of the guests would make for the exit, perhaps even hurriedly?  If any of the guests remained, is it likely that those individuals would be presumed to have the disease? Is It possible that even without direct evidence, a failure to flee would be interpreted as self-identification? if the identities of the remains were made known, would they be shunned? Or worse, would they be at risk being set upon even though there would be no evidence they were the ones that actually had the infection? The host would most obviously be blamed for being careless, which would bring about notoriety. Likely, it would be some time before anyone responded to a party by that host unless some other person or factor could be held to blame.

The COVID-19 pandemic is ripping out many of our social norms that have been nurtured by interaction and humanity. For some, it is as if we are living in a world where all the danger is “out there,” and every stranger, especially one not wearing a mask, is a potential assassin. Those individuals without face masks are, rightly or wrongly, ripe for either verbal or most, unfortunately, physical attack, as has been seen in some cases across the world.

Arguably, individuals who declare themselves as having been infected with COVID-19 are viewed with suspicion. Now that we know the same individual can be re-infected, it only makes those who have been infected more than once likely to be shunned.

With the knowledge that past infection may have later severe health consequences on the heart or brain, it is only a matter of time in the USA before insurance companies refuse to insure individuals who have had COVID 19; that is until government legislature is introduced to reverse that trend. 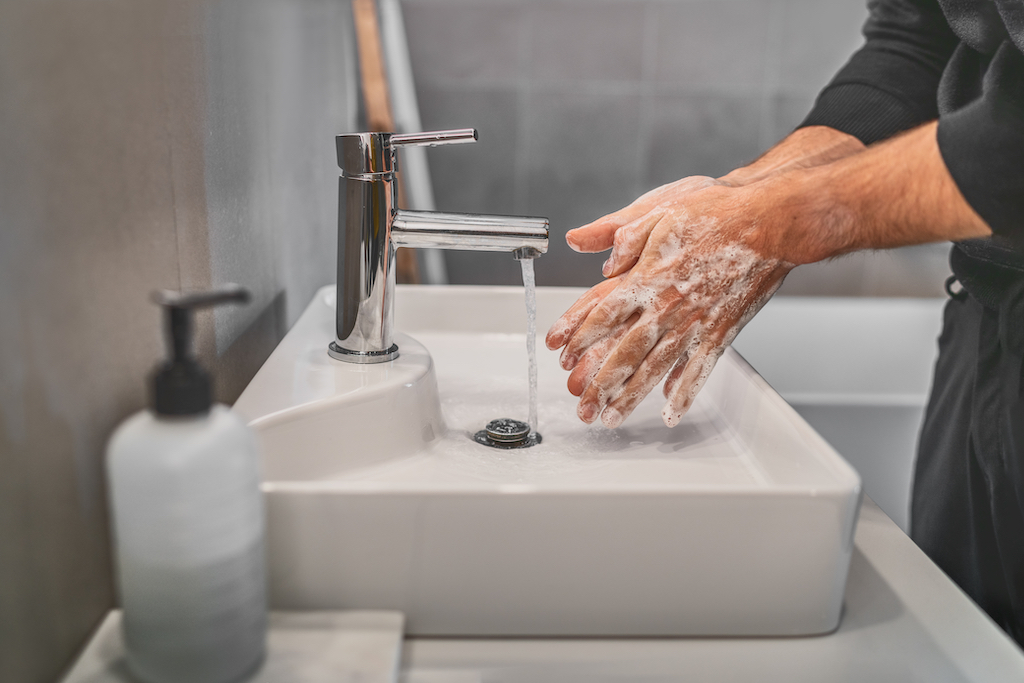 Now, all this is not to advocate for the irresponsible reaction of some to actually host COVID-19 parties with the goal of getting infected, as if this would be the genesis of a new cult, with those emerging superficially unscathed becoming even more reckless in refusing to take measures to prevent the spread of the infection. Or worse, could we get to a place in society whereupon mobs of people try to infect others – a behavior, which I am sure would be considered a hate crime.

Instead, I am advocating a new way for us to evolve with the COVID-19 disease and create more humane norms.

We are all going to have to get used to living with COVID-19, even long after a vaccine has been found. The inconvenient truth is that the eradication of COVID-19 in the foreseeable future is unlikely.

Instead of the morbid statistic of the numbers of people who have died from COVID-19, which permeates the media every day, we need to hear stories of those who have survived. We need to hear the stories of these survivors, their lives, loves, hopes, and aspirations. Their rebirth from near-death experiences that will help to enrich our own humanity. Instead of stigmatization and isolation, we need to enhance our contact, in whatever form is safe, with these survivors.

Before we are beset with a new epidemic of COVID-19-induced mental disorder, which can lead to anxiety states, depression, and even a dramatic rise in the intake of alcohol and illicit drugs, we need to develop a professionally managed community support, chat groups. Of course, these would be done electronically but it is their stories and the humanity that they impart which would be most important to heal and keep the rest of us in good psychological health.

We need to embark on a process of helping those most vulnerable who are getting infected with COVID-19, especially by virtue of their likely high exposure, for example in health care workers, or due to pre-existing health conditions.

We will need to talk but mostly listen to our children, to relay how their world changed, and how the hugs and kisses they were used to at school or at home with their friends are now not the norm. We need to have meaningful conversations to improve their brain health, so they do not descend into a world of electronic communication but grow up to seek, value, and cherish both human contact and all that is special about humanity. Sadly, there has been little focus on children’s brain health as schools resume; rather, in contrast, lengthy rules about contact and wearing masks. This trend needs to change, and teachers must take on the task of building psychological “resilience” in our children through practical, sensible, and engaging discussions.

We need to build community psychological “resilience.” Cognitive restructuring is the cornerstone of “resilience.” This can be done through experienced life coaches, psychologists, physicians, and other health care workers.

We need to build our brain wellness. This can be done by both boosting physical brain “resilience” through not only specialized techniques such as high-pressure oxygenation, immune-boosting infusions but, importantly, more holistic efforts at reaching optimum life balance and rational approaches to high pressure and emotions.

The best armor against COVID-19, and to living a healthy, meaningful, and human life post-COVID-19 is optimum brain wellness.

As for leprosy, although mostly contained in the developing world, it still evokes fear in developing nations and there have been vocal calls to change its name to Hansen’s disease to reduce the stigma.

Presumably, one day, we shall re-name COVID-19 by some other less terrifying name.

Professor Bankole A. Johnson is a licensed physician and board-certified psychiatrist in the United States. Professor Johnson graduated in Medicine from Glasgow University in 1982, and trained in Psychiatry at the Royal London, Maudsley, and Bethlem Royal Hospitals. In addition to his medical degree, he obtained a Master of Philosophy degree for his neurobiological research at the University of London and conducted studies in neuropsychopharmacology for his doctoral thesis on the Medical Research Council unit at Oxford University. In 2004, Professor Johnson earned his Doctor of Science degree in Medicine from Glasgow University, the highest degree that can be granted in science by a British university.

Johnson’s primary area of research expertise is on ion channels, neuropsychopharmacology, molecular genetics, mathematics, neuroimaging, and medications for treating addictions. His clinical expertise is in the fields of addiction, forensics, and disability assessment. He holds several U.S. and international patents in pharmacogenetics.

Previously, Johnson was the Dr. Irving J. Taylor Professor and Chairman of Psychiatry, Professor of Anatomy and Neurobiology, Professor of Medicine and Professor of Pharmacology; as well as the head of the Brain Science Consortium Unit at the University of Maryland. He has also been an Alumni Professor and Chairman of the Department of Psychiatry and Neurobehavioral Sciences at the University of Virginia. Additionally, Johnson served on the Council of the National Institute on Drug Addiction from 2004 to 2007 and was part of its External Advisory Board for many years. He was also on the editorial board of The American Journal of Psychiatry and has over 200 publications himself.

Want to get updates on Privée Clinics services?

Photo Credit: Shutterstock Imagine you have been invited to a party with about two hundred other guests. Everyone is having a wonderful time, and

Most people do not seem to be worried about improving the performance of their brains. Indeed, it is one of the “silent” organs, yet,

Looking to try our Privée Cosmetics? We give you a 10% off