How Dr. Bankole Johnson Is Making The Biggest Contribution To The Study Of Neuroscience & Addiction

Professor Dr. Bankole Johnson lives in Bay point Miami with his wife and 2 children. Professor Dr. Johnson’s wife, whom he met in medical school, Carolina Johnson, and their children, Alexander and Julian.

He is the Founder, Executive Chairman, and CEO of Privée Clinics, based at the Four Seasons in Miami, and the Founder and Chief Medical Officer (formerly Chairman for 9 years) of Adial Pharmaceuticals Inc., A NASDAQ listed company.

Professor Dr. Johnson grew up in a privileged background surrounded by royalty, and nobility. He graduated with a degree in Medicine from Glasgow University in 1982, and by age 22, he was a practicing physician. 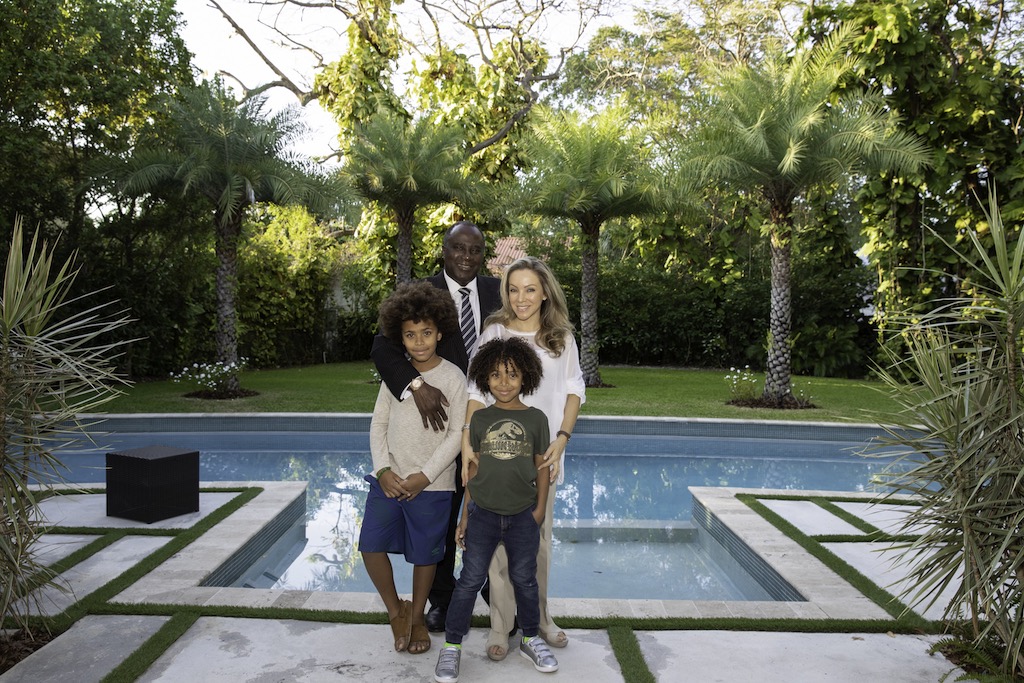 Professor Dr. Bankole A. Johnson has dedicated his professional life to discovering methods that help people Optimize their brains and recover from alcohol and drug use through scientific and evidence-based means. Prof. Johnson has been called “one of the people making the biggest contribution to the study of neuroscience and addiction.”

His work has been described by medical experts as being “a singular breakthrough in addiction treatment that advances scientific understanding of the disease to a new level.”

Professor Dr. Johnson is a licensed physician, trained in Europe at prestigious universities, including Oxford University, and is board-certified specialist in addiction and forensic psychiatry. Additional to his medical degree, he has 2 additional doctoral degrees in molecular genetics, and neuroscience, and one of those doctorates is a Doctor of Science – the highest degree that can be awarded by a British university.

Professor Dr. Johnson’s research also has focused on the psychopharmacology (the study of medicine-related changes in mood, sensation, thinking, and behavior) of medications for treating addictions. He holds a Master’s degree from the University of London in neurological symptoms in children, and computational mathematics.

Dr. Johnson has many groundbreaking accomplishments in the field of addiction research. To start, in 2003, The Lancet, a prestigious weekly peer-reviewed general medical journal, Johnson and his research group published Oral Topiramate for Treatment of Alcohol Dependence: A Randomised Controlled Trial.  This 12-week, single-site clinical trial examined the effects of the anti-epileptic medication topiramate, in doses up to 300 mg per day. It documented how topiramate improved drinking outcomes significantly compared with placebo among 150 alcohol-dependent individuals.

In 2004, Professor Dr. Johnson earned a second post-doctoral doctorate degree—a Doctor of Science degree in Medicine from Glasgow University, the highest degree that can be granted in science by a British university—for his work on how specific signaling pathways in the brain are important for the molecular expression of, and are potential treatment targets for, alcoholism and other abused substances.

Professor Dr. Johnson is the Principal Investigator on several United States National Institutes of Health (NIH)-funded research studies utilizing neuroimaging, neuropharmacology, and molecular genetics techniques. His honors include service on many NIH review and other committees, including special panels. Prof. Johnson also served on the council of the National Institute on Drug Addiction from 2004 to 2007 and was part of its External Advisory Board for many years.

He has gained national attention for his appearance in the Home Box Office (HBO) 2007 documentary Addiction, which won the Governor’s Award, a special Emmy Award, from the Academy of Television Arts and Sciences. The Governor’s Award is the highest award presented by the Academy, and honors work that stands out with the immediacy of current achievement. While in 2009 he appeared on the highly regarded CNN special anchored by Chief Medical Correspondent Dr. Sanjay Gupta, called Addiction: Life on the Edge. 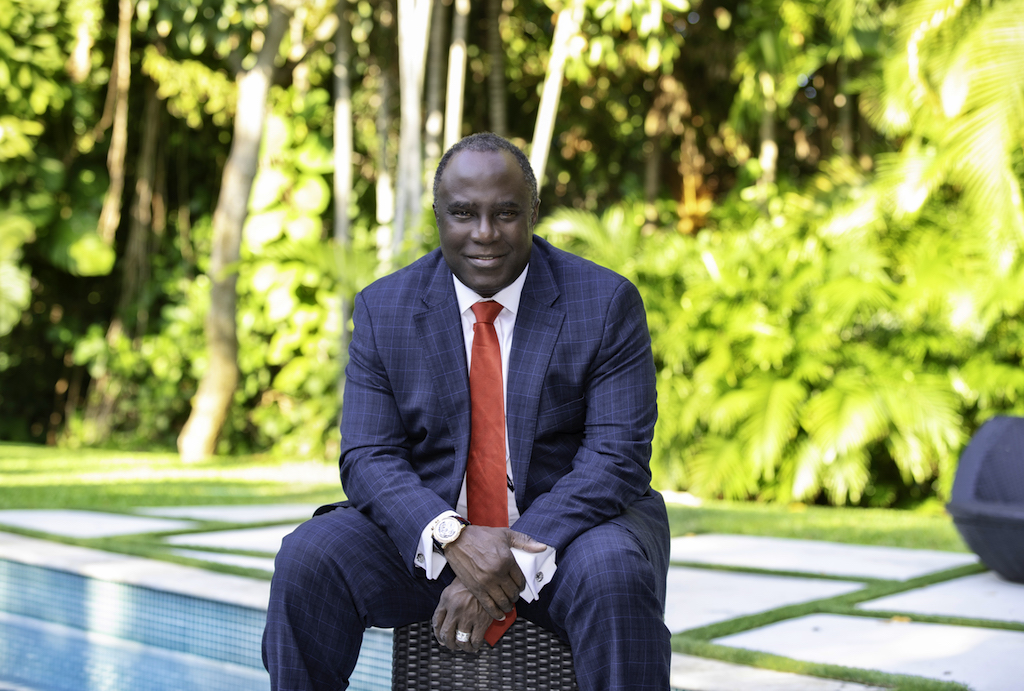 In 2010, pursuant to Professor Dr. Johnson’s successful studies with ultra-low dose ondansetron for the treatment of alcohol use disorder, which has now earned him over 80 global patents. He founded Adial Pharmaceuticals, Inc (https://www.adialpharma.com), which is now fully listed on the NASDAQ exchange.  Adial Pharmaceuticals is currently completing its Phase 3 registration trials for approval in Europe.

Professor Dr. Johnson believes that—as is the normal course of drug development— that the commercialization of his inventions is the most direct way in which the discoveries can be brought to people all around the world in an organized, efficient, and safe manner. He has the strong belief that medications are critical to helping people with addiction overcome their disease. The development of these new medicines shall come about through greater knowledge of the neuroscientific basis of addiction. Professor Dr. Johnson practices this belief both in his clinical and scientific work and in his writings.

In his spare time when, he is not running his medical sanctuary, Privée Clinics, Professor Dr. Johnson is devoted to his children. In almost a decade, his kids have not missed seeing him for more than a handful of days.

Professor Dr. Johnson’s other hobbies include Formula 1 motor racing, learning about mechanical watches, playing chess, English Premier league football, and in his early life, tennis. Professor Dr. Johnson has a passion for anything handmade be they watches, cars, products, or goods.

In sum, Professor Dr. Johnson has dedicated his professional life to the development of medications to treat addictive disorders, and the understanding of brain mechanisms that underlie the disease. He is devoted to the wider understanding of the science of the brain in health and disease, and to find methods by which to optimize it. Professor Dr. Johnson has made important discoveries in the field and believes strongly that medications are an essential component of treatment for addictive diseases. His philosophy is to aim for “the right treatment for the right patient at the right time and for the right amount of time.”

Professor Dr. Johnson works for the day when all with addictions can be treated, just like any other medical disease, with effective medicine and appropriate psychosocial support. Indeed, Prof. Dr. Johnson’s belief that medications, gene therapy, and other mechanisms to alter brain function is essential to the treatment of addictive diseases, and that this will become far more widespread in the coming years, and is perhaps the notable conflict of interest for people who might not agree with his views. Professor Dr. Johnson is committed to a greater understanding of brain science and how everyone can optimize the functioning of their brains.  He has noted often that whilst many people get up in the morning worrying about how they can improve their physical health, few awaken and wonder how to enhance their brain function.

The advance of neuroscience will continue to provide ever better medicines and medical interventions, and the evidence—the real strength of science—will win through.  Professor Dr. Johnson works for the hope, which appears to be bearing fruit, that there will be an effective medical solution for those with addictive diseases. He believes that this will curb the stigmatization of those with addictive disease, bring the treatments in line with mainstream medicine, and reduce—and one day eliminate—the suffering and deaths of those afflicted with having an addiction. Surely, that is a goal for which we all can hope, irrespective of our beliefs.

Want to get updates on Privée Clinics services?

Photo Credit: Shutterstock Imagine you have been invited to a party with about two hundred other guests. Everyone is having a wonderful time, and

Most people do not seem to be worried about improving the performance of their brains. Indeed, it is one of the “silent” organs, yet,

Looking to try our Privée Cosmetics? We give you a 10% off